Supercars with their lightning speed and heart-melting designs are of the most searched topic on the internet for the past few years. These super-fast monsters are not affordable to most of the population of this world because of their price, but owning one of these means you are of one of the Richie-rich of this generation. Here is the list of top 10  supercars. 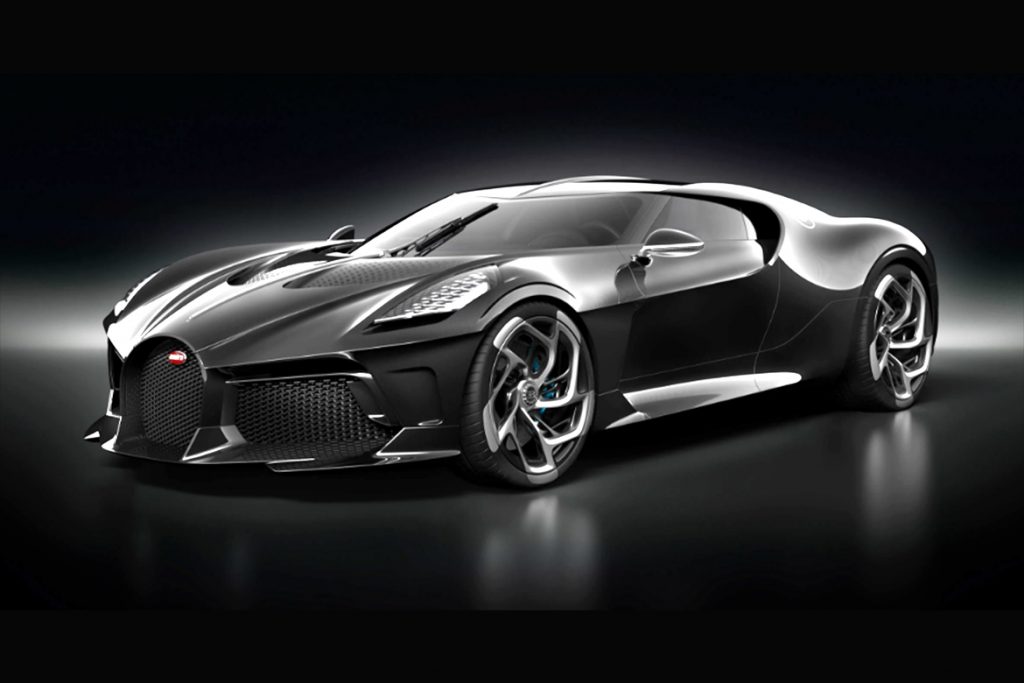 La Virtue Noire translates quite simply to “The Black Car.” However, there is nothing simple about this black-on-black one-off coupe with the comfort of a luxury limousine and the muscle of a hypercar. At its core is the automaker’s iconic W16 8-litre 16-cylinder engine, which develops 1,500 horsepower and 1,180 pound-feet of torque. It is also the most expensive car in the world worth $ 19 million. 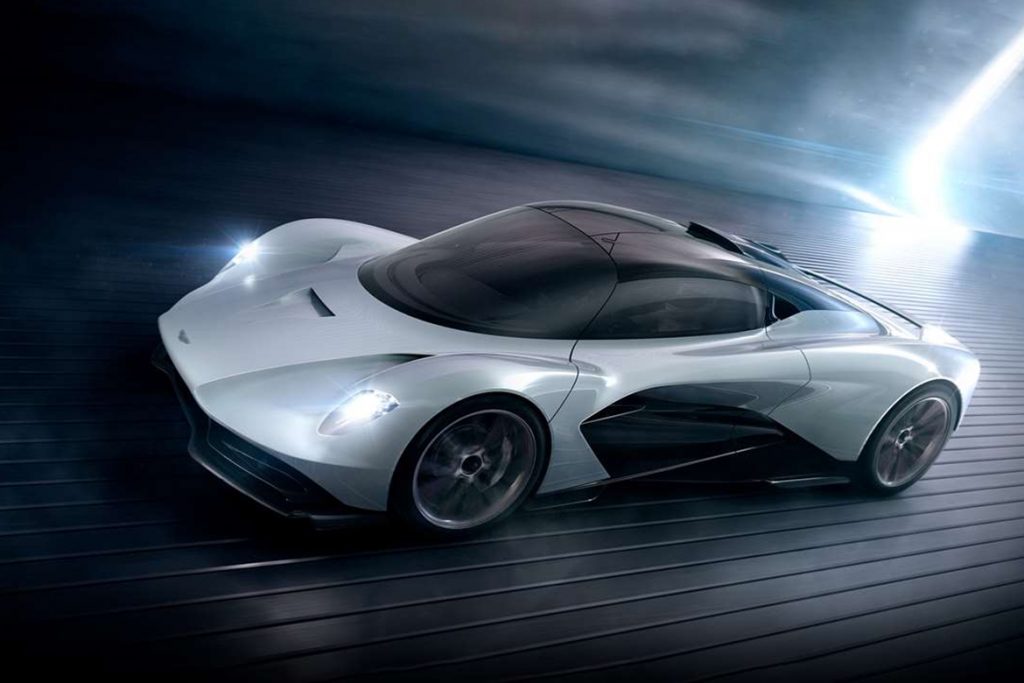 Previously code-named Project 003, the AM-RB 003 is the third model in Aston Martin’s mid-engine lineup, joining the stunning Valkyrie and extreme Valkyrie AMR Pro. AM-RB 003 sports a more traditional mid-engine supercar layout, with high-exit exhausts, a jet-fighter-style canopy, and active aerodynamics and suspension. The 003 is propelled by an all-new V6 engine that will feature some level of hybridization and turbocharging to aid performance. 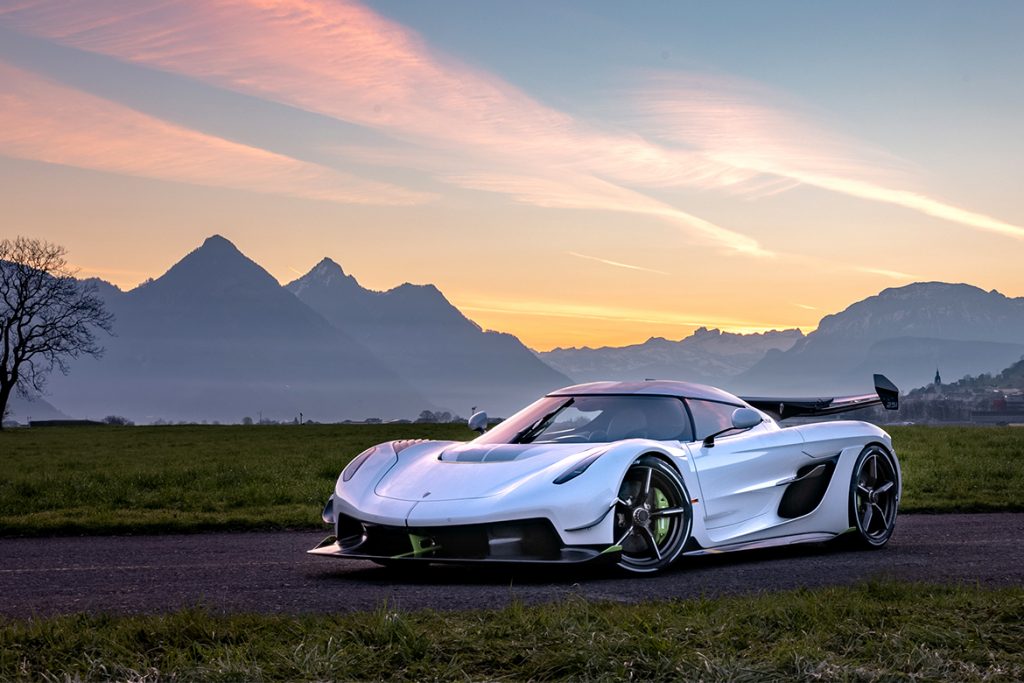 Swedish automaker Koenigsegg builds some of the fastest supercars in the world. The company claims the Jesko will reach 300 mph. The Jesko is motivated by an all-new 5.0-litre twin-turbo V8 capable of producing 1,280 horsepower on standard gas (1,600 horsepower on E85 biofuel) and 1,106 pound-feet of torque, which makes it the most potent Koenigsegg internal combustion engine ever made. 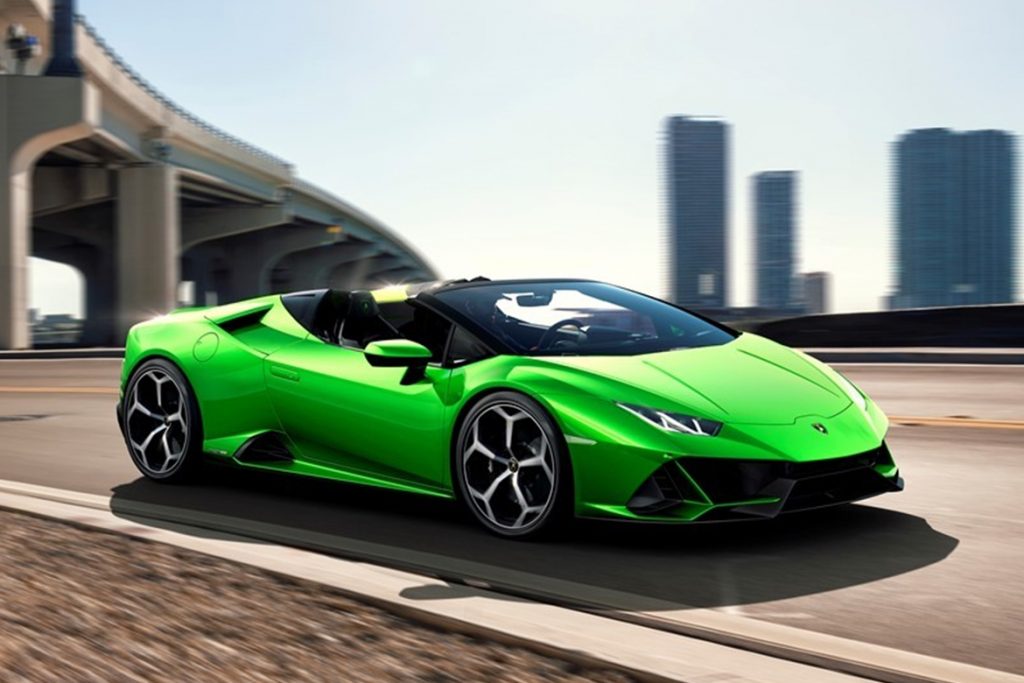 As with the hard-top coupe, the convertible is motivated by a tweaked version of Lambo’s 5.2-litre V10 engine, which now produces 640 horsepower and 442 pound-feet of torque just like the race-inspired Performante model. With the help of a seven-speed dual-clutch transmission and an all-wheel-drive, it can propel the Huracán Evo to 62 mph in 3.1 seconds and on to a top speed of more than 202 mph. 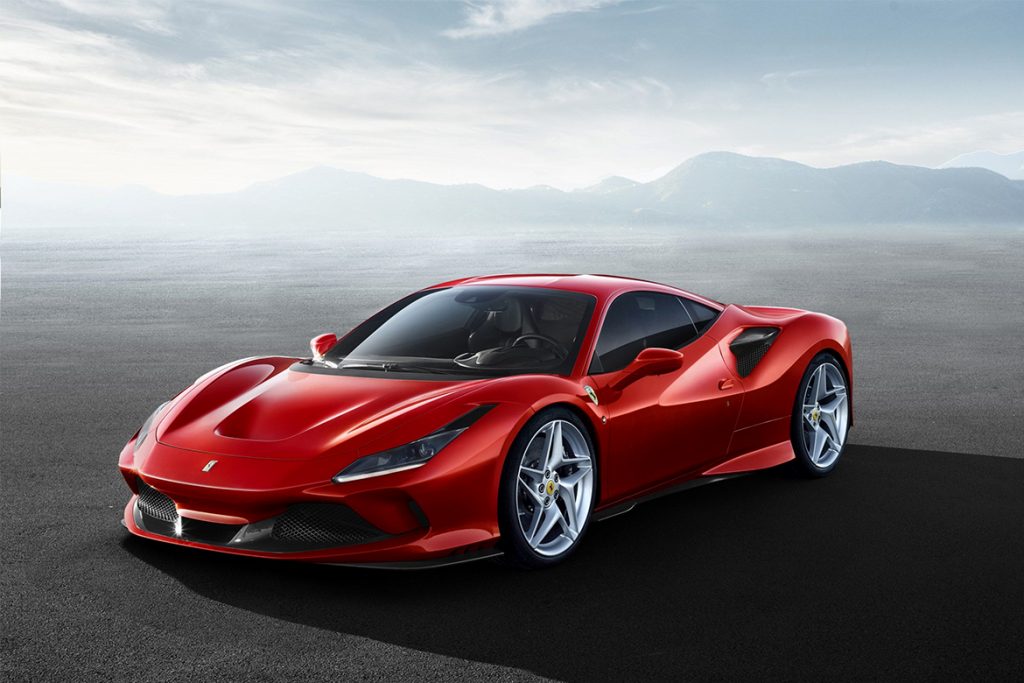 This mid-rear-engine two-seater is the successor to Ferrari’s popular 488 GTB. According to the Italian car builder, the F8 Tributo is every bit at as powerful as the company’s more performance-oriented 488 Pista, but tuned with more focus on drivability and comfort. The F8 Tributo features a twin-turbocharged 3.9-litre V8 that produces 710 horsepower and 568 pound-feet of torque, making it the prancing horse’s most powerful mid-rear-engine production car to date. Those figures are identical to those of its rival, the McLaren 720S, and are suitable for a top speed of 211 mph and zero-to-62 mph romp of 2.9 seconds. 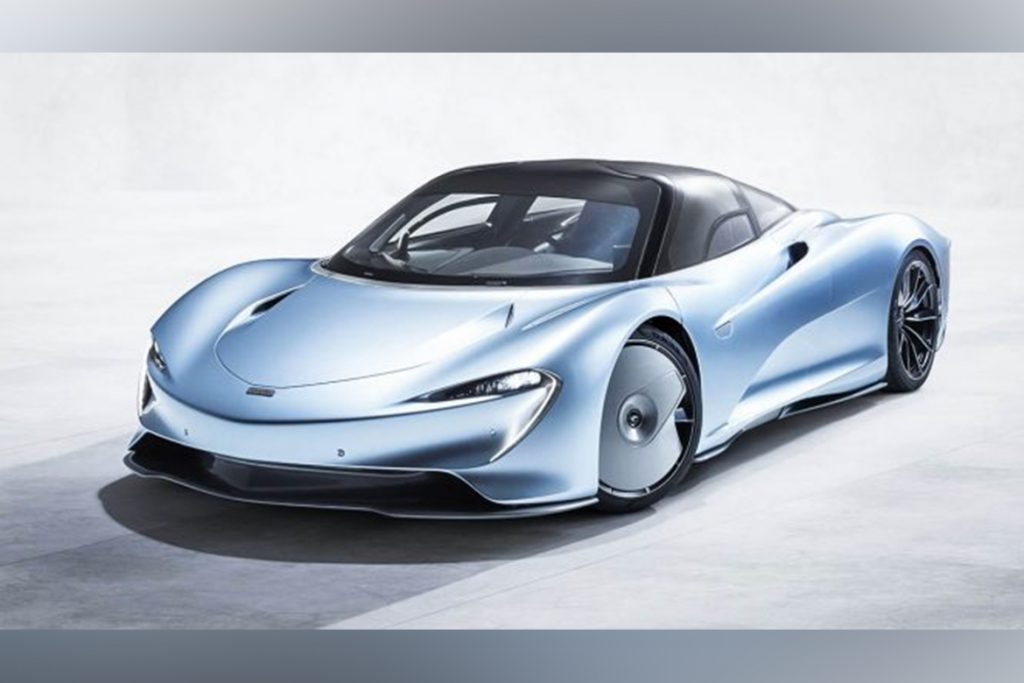 The McLaren Speedtail is the spiritual successor to the 1992 McLaren F1, the legendary ultralight, V12-powered, mid-engine coupe whose beastly acceleration and 250 mph top speed made it the world’s first hypercar. Generous motivation is provided by a 1,036-horsepower, a gas-electric hybrid powertrain that will propel the Speedtail to 186 mph in a staggering 13 seconds and to a top speed of 250 mph, making it the quickest McLaren built to date. 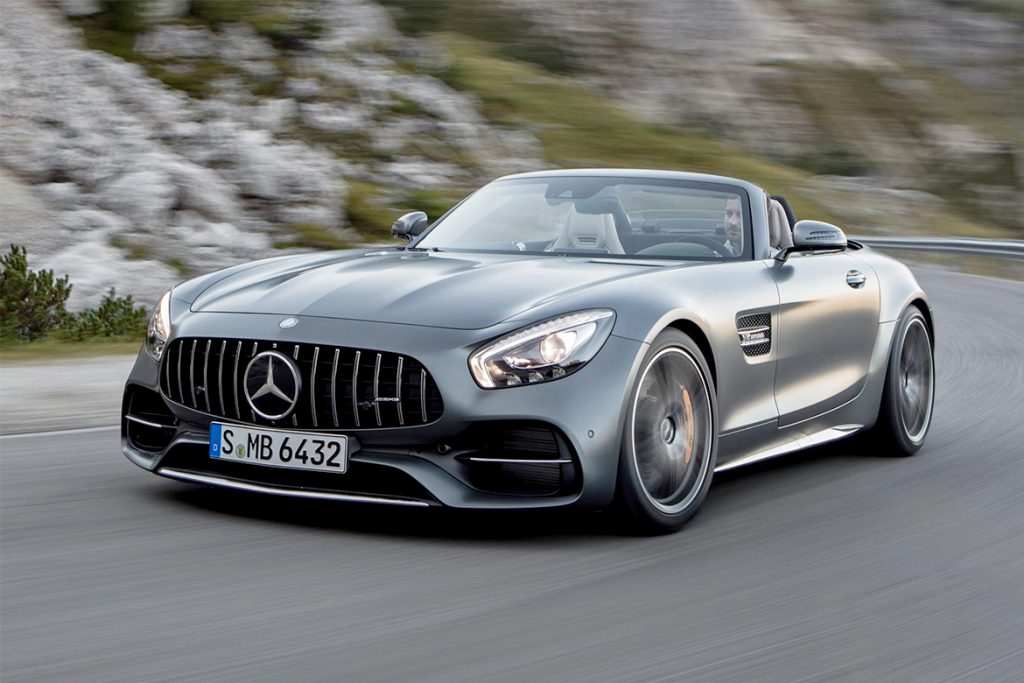 The Roadster’s hardware is nearly identical to the Coupe’s. A four-litre twin-turbo V8 resides under the hood, delivering 577 horsepower and 516 pound-feet of torque, just like the Coupe. When all that power is routed through the seven-speed, dual-clutch automatic transmission, Mercedes claims the car will accelerate to 60 mph in 3.5 seconds and achieve a top speed of 197 mph. 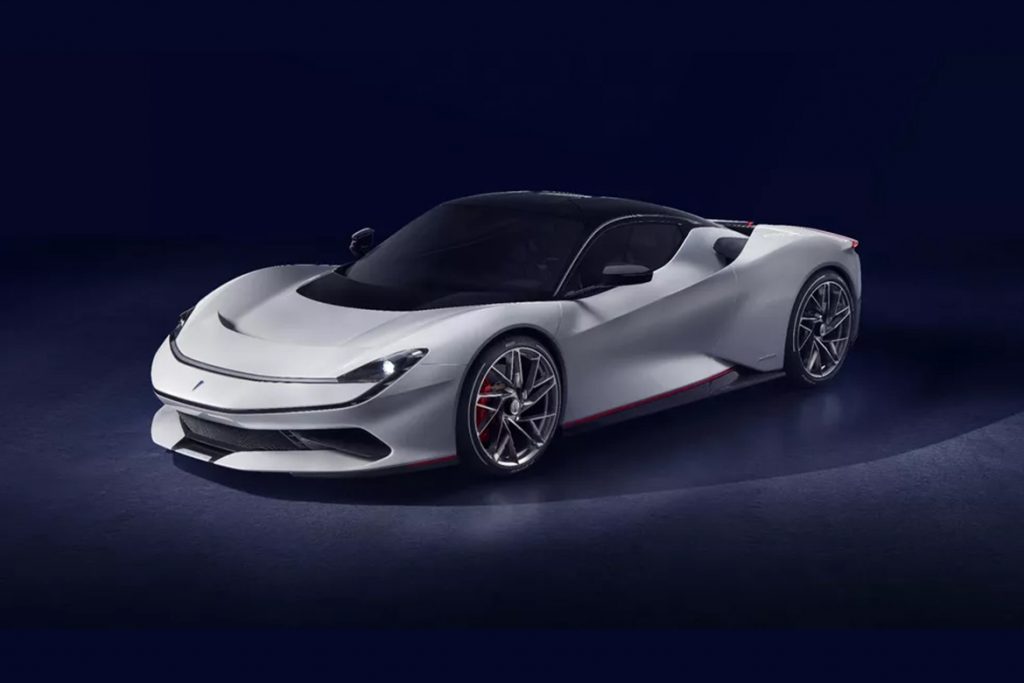 Known as the Battista, its powerplant will develop 1,900 horsepower and 1,696 pound-feet of torque. That’s enough get-up-and-go to reach 62 mph in less than 2 seconds and achieve a top speed of 217 mph. The Battista will go into production in 2020. Only 150 units will be built at an estimated price of $2 million to $2.5 million

A sleek sports car, the Mark Zero is powered by three electric motors—each rear wheel gets a dedicated 150-kilowatt synchronous electric motor, while the front axle has an asynchronous 150-kW motor. The result is a combined output of 450 kW, or 611 horsepower, which is good for a zero-to-62 mph romp of 3.2 seconds and a top speed of 155 mph. 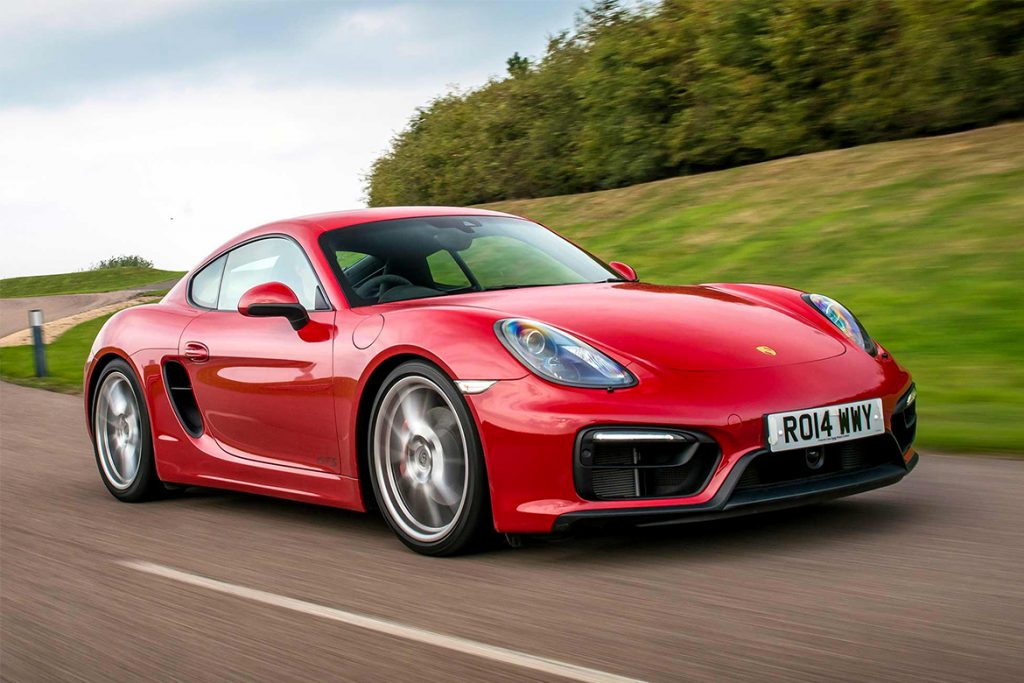 The 718 Cayman T (above) and 718 Boxster T are both powered by the same turbocharged, 2.0-litre flat-four engine tuned to deliver 300 horsepower and 280 pound-feet of torque. Mounted directly behind the passenger compartment, the turbo four spins the rear wheels through a six-speed manual transmission; a seven-speed, dual-clutch automatic tranny can also be outfitted for a few extra dollars. Porsche claims a zero-to-62-mph in 5.1 seconds with the stick and 4.7 seconds with the automatic regardless of body style. Top speed is 171 mph.

Compare the specs of the Maruti Suzuki Brezza...